the claws of fys on the world of orrison 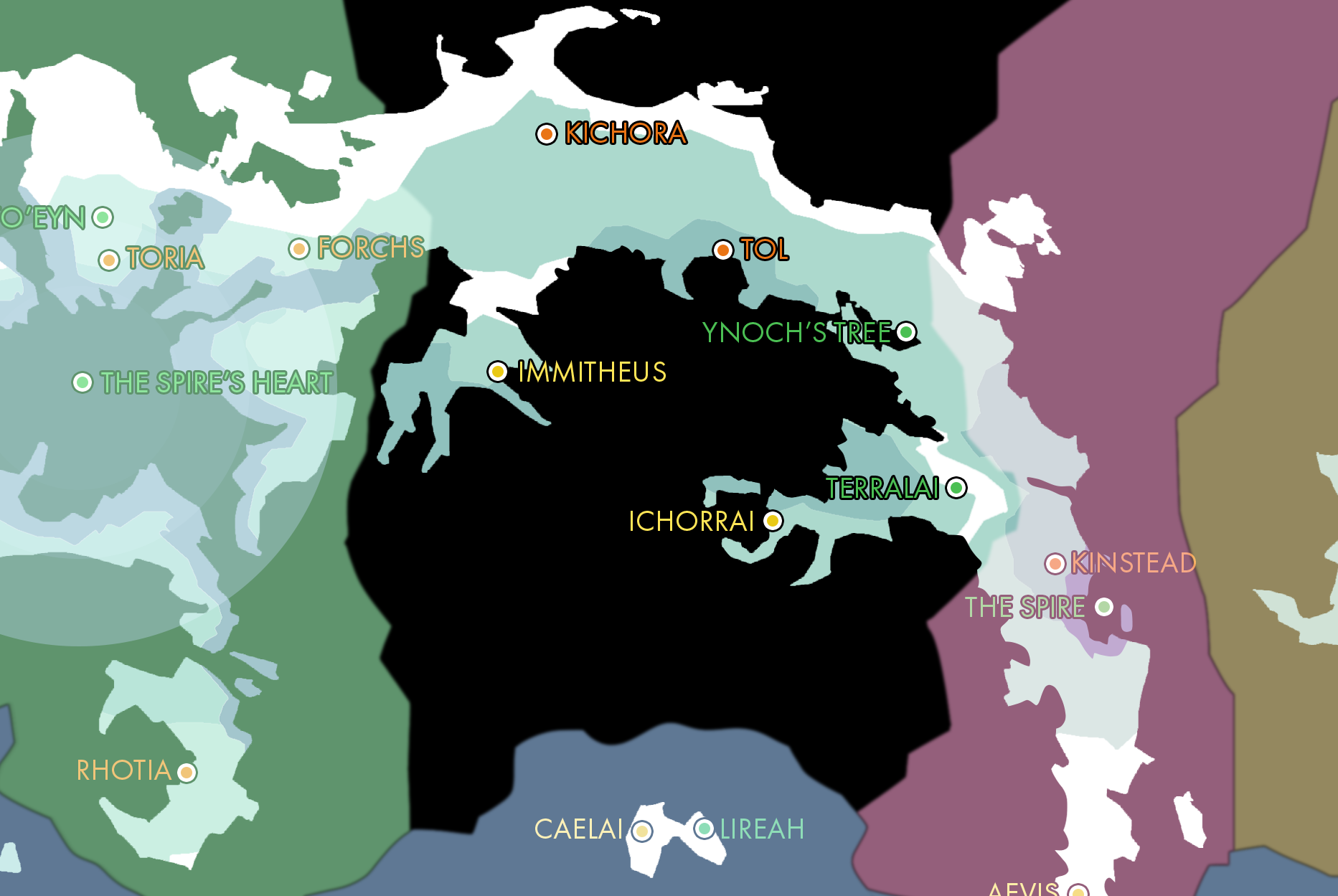 This part of the world is called The Claws. The northern ridge of the land is rocky and cliff-like, while the southern shore is boggy and swamp riddled. In between is plains and moors, with drier and hotter desert to the west.

The two peninsulas gave The Claws the region's name.

This is the place where the people of Orrison reunited with their planet after fleeing from The Senescence to the moon. In the ancient ruins of an old city, Ichorrai sprang up. It is the only hub of civilization for settlers, travelers, and survivors. It is a place for resupply, research, record keeping, law keeping, and the home of the Bounty Network.

Lifestyle: Quiet, a reverance which stills the air

Below Ynoch's tree is the entrance to Ynochrin, the city beneath the grove. It is a chimoraa city which was discovered after the events of Ilya's Trials 2020 which killed Ynoch herself. Shifting tunnels connect various cavernous chambers of the city, the structures all held stable by Ynoch's roots. The ceiling is a sky of glowing rocks and many of the buildings are carved out of the earth itself. Invaders will find that the tunnels seem to change, stretch, or shrink, confusing their passage through the city.

Terralai is the name for the burial grounds tended to by the Undertaker. While ashes are scattered to the winds, bones are laid to rest in the deep depths of Terralai. The burial grounds are burrowed into the mountain side, and the winds blowing through the mountains make currents for leyr to fly through swiftly.

It is said that a creature's life can be read in its bones, and those who study here can learn to interpret them. It is a loose art however.

The Undertaker has a habit of adopting unwanted children and raising them to be Custodians of Terralai. Pariahs are safe under the Undertaker's protection.

Ynoch's tree is a giant mangrove which sits at the center of the swamps. Many of the trees in this forest are shoots from the main tree. It is said that the intelligence of Ynoch still runs through the tree, and those who commune with it over a night spent in the hollows between her trunk's roots can feel her wisdom reaching through. Ynoch's tree bears huge fruits, and it is said the first sentient chimia was born here.