the tail of fys on the world of orrison 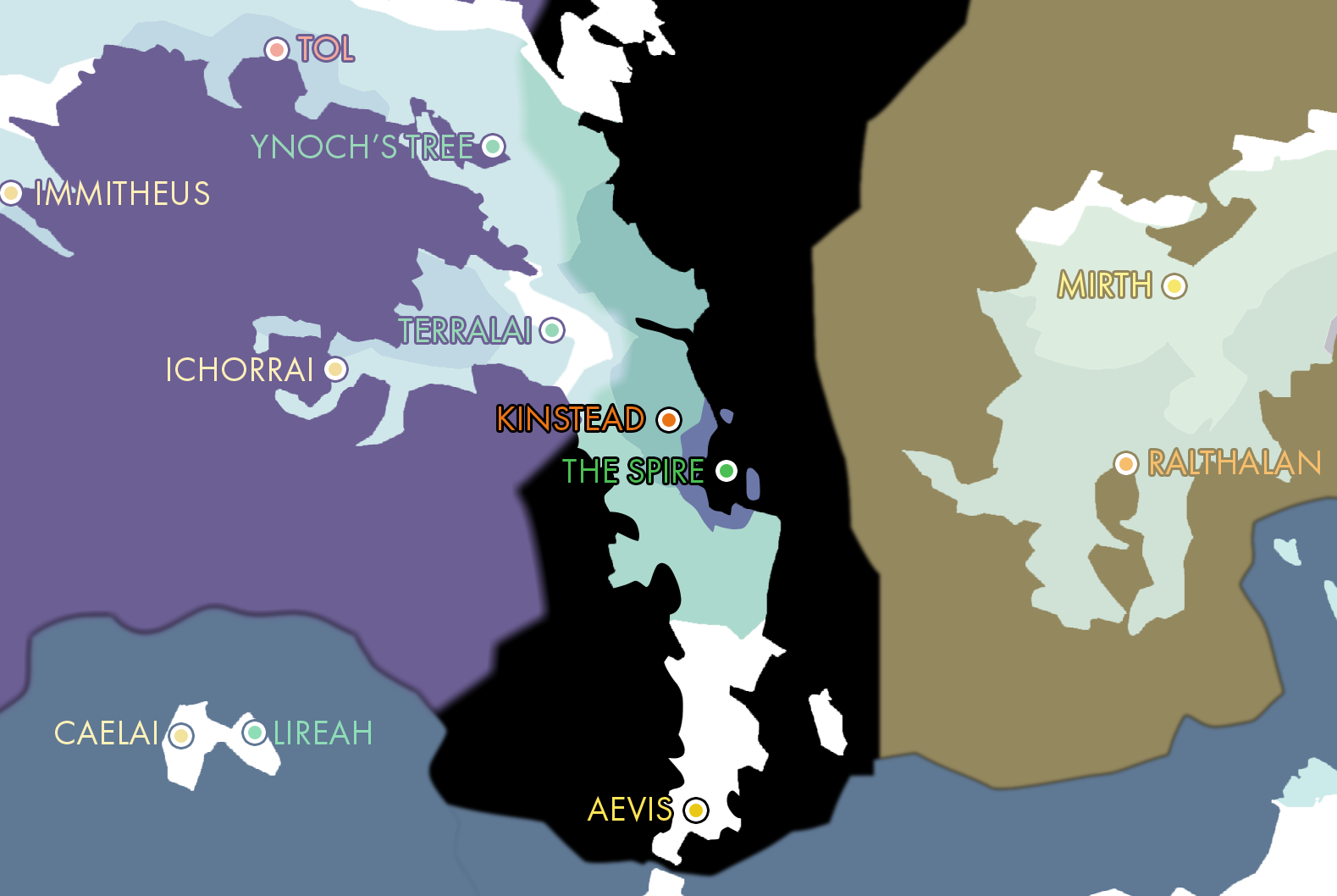 This part of the world is called The Tail. The temperature plummets travelling southwards to its tip where it meets The Egg. The environment is largely a tundra towards the south.

This specific spire is the exit wound. It is too small to generate storms, but small clouds collect around it and there is a persistent drizzle.

There is a very sparse outpost near the spire manned by Ichorrai aegis, though it is still quite a hike to it because it is dangerous to sleep too close. The aegis are "guarding" the spire, but they're really there to protect researchers from wildlife and warn wanderers away from it. If someone is messing around the spire on purpose, most don't intervene-- they don't want to get too close and it's easier to catch Aria smugglers at the gates of Ichorrai itself.