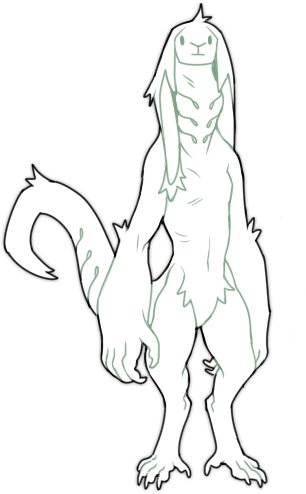 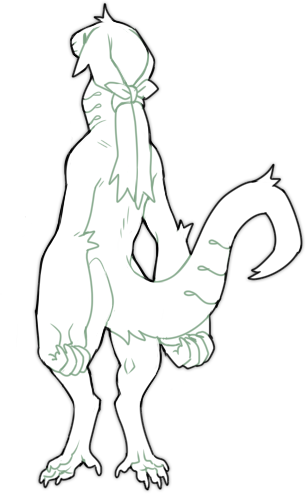 Immanu are known to be adaptive and well learned. They prefer peace over warfare, but many tread into dangerous territory with experimentation. Many immanu have done harm in the past, uncovering knowledge better left unknown, even if their intentions were good to begin with.

Immanu exist as a majority of the population in Orrison, rivaled historically by the rrex. They are known to enjoy establishing organization and overseeing civilization. Many immanu are front runners in education, magic, and philosophy. There are some who get so absorbed in their studies that they become hermits. 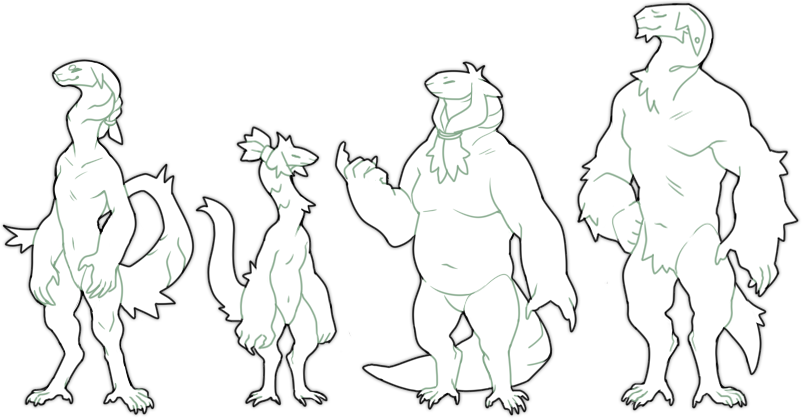 Immanu size and build varies greatly. Feel free to play with it!

Face shapes are wedge-like but can vary. Snouts can be blunt or a little longer. Jaws can be round or square.

Inner ears are skin color, and can either fade to fur color or stop sharply.

Because Immanu ears never stop growing, they can often be styled and restyled throughout an Immanu's life. On average, ears grow faster when they're shorter, at the same rate as human hair, until they reach 1-3 feet depending on the immanu. Then they grow about an inch a year. (This is just a baseline average of growth rate; you can have an immanu whose ears grow slower or faster than average)

The base of the ears-- from where the lobe attaches to the beginning of the ear-- are sensitive, but the rest of the ear doesn't hurt at all when harmed. They bleed when cut, but the bleeding stops relatively quickly when staunched. Regardless of size, the base of the ear is still articulate so they can emote slightly- it is less noticeable in immanu who tie their ears.

The ends of the ears can naturally grow into various shapes, though sometimes they're also cut into those shapes. Piercings, cropping, and tearing are all common. Some immanu also cut the ends stylishly, into long strips to braid for example. Having ears tied back is also normal.

Lobes are secondary flaps which grow off the main ear. They can be in-front, behind, double-lobed, or absent. Lobes do not grow like the main ear, and if damaged they stay permanently damaged.

Mucus membranes can be any color, but natural colors (pinkish) and black are the most common. 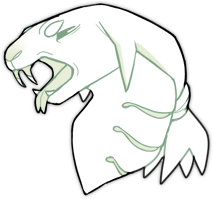 Immanu can have normal ('spoon') tongues or split forked tongues.

They also have two sets of fangs. The lower pair are more akin to canines, being fixed in place. The upper pair are mobile fangs, which fold back when the mouth is closed.

The gums cover a large portion of the fangs, and glands that store filtered Fysa are able to secrete the magic as a poison when biting.

When the upper fangs protrude, they are often non-mobile. They are non-venomous, lacking glands and flexibility, but sturdier.

Here are some variations on eye shapes and patterns, but you're not limited to these (do whatever you want!).

Eyebrows are optional on Immanu. Pupils are often slitted, but not always.

Immanu have anywhere from one to eight vents present on their necks and their tails. (More vents, as well as no vents, sometimes happens, and is okay to also make! Keep in mind this may affect the effectiveness of these vents. More is not necessarily better.)

Vents can be any color,  and they can also be different colors from one another. The mist a vent expels matches the color of its respective vent, however.

These vents assist in filtration of fysa into a condensed form of Fysa. The vents store the Fysa in glands nearby, and normally release purified air.

When the Fysa is released by the glands, the vents expel it as a mist. 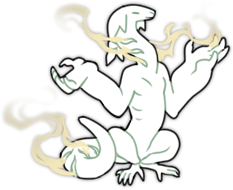 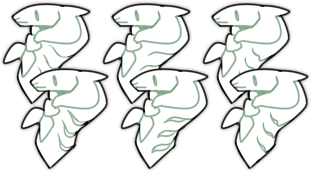 Gills are U shaped, Gashes are S shaped, and 'tooth' vents have ridges.

Vents can also be dimpled (left) or frilled (right). This can apply to any of the shapes.

Fur can be any color, including reflective.

Plated skin tends to occur where the fur is thinnest- stomachs, forearms, lower legs, necks, and tails. They are often extensions or protections for vents.

Feathers and scales are similar structures to fur and aren't true feathers/scales.

Palms and soles have minimal or very fine hair. Hands can have either 3-4 fingers in addition to a thumb. 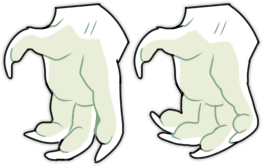 Feet also have bare soles, and can have 3-4 toes with a thumb. Claws can be any color or length. 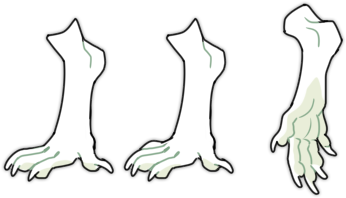 Arms can be thick or slender, though larger arms are more common.

Tail length varies. The average tail is the same length as the body. Tails are always thick at the base, where vents have the largest likelihood to be. Fur can grow anywhere on the tail.

Some immanu are rumored to have achieved a lengthened lifespan through means of advanced magic. Elder immanu tend to take a more wild appearance, such as with solid colored eyes and longer bodies.

In truth, most of these immanu have completely sealed themselves off from their magic, disabling their vents and glands. The reason immanu live shorter lives than many other creatures in Orrison is because of their clear elemental affinity-- filtering fys out of the atmosphere takes a toll on the body. Most who discover this and are able to deter the effects are those who studied medicine since they were very young.

Most immanu tend to dismiss the truth of this matter, and many more tend to look down on wildings, thinking that they are greedy and hoarding the secret of prolonged life to themselves. Many wildlings tend to live lone lives as hermits or as wanderers, hence their nickname.

the element of clear

The clear element is a purgative magic. It negates other elements. Clear attuned creatures often involve filtering of fysa or changing its forms. Immanu have vents on their necks which can filter fysa/magic out of the air, where it is stored in glands. This liquidized fysa, or fysin, can be breathed out in a harmful mist or used as venom in their bites.

Their research in regards to their own magic tends to make them adept apothecaries (aka naturalists), with many immanu remedies involving their own concentrated Fysa (sometimes called fysin, in liquid form) as a substance. The fysin that many immanu can produce has magic properties depending on the intent of the immanu. An immanu who is practiced in using this magic (fyschemy) is referred to as an fyschemist. All immanu are capable of using fyschemy, but without learning and practice, one's fysin is weak. With practice and study, the applications of fysin expand. Fyschemists who learn advanced techniques tend to only be able to focus on a few specializations.

Even though an Immanu can filter magic, they can still get fysa poisoning if it is introduced into their bodies through methods aside from breathing (ex: drinking fysin, or injecting it into the blood stream).