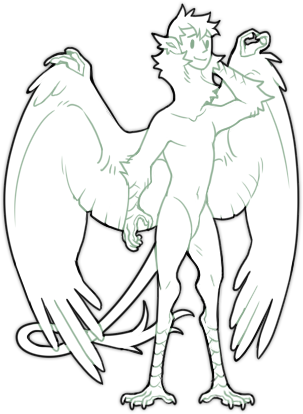 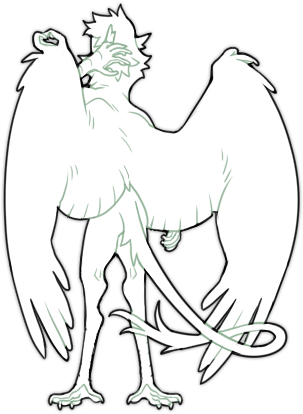 Many years ago, leyr were once human. They were gifted bird-like forms from the corvigere-- large flying beasts of great magic. Leyr transform from humanoid shape to beastial shape when stressed or with lots of fysa.

Although leyr can take the physical form of a corvigere (referred to as a corvileyr) only 2 true corvigere are left in the world. They act as guardians to the leyr that remain by their side. One is the archivist, who keeps the history of the world, and the other is the undertaker, who remembers the forgotten and the dead. 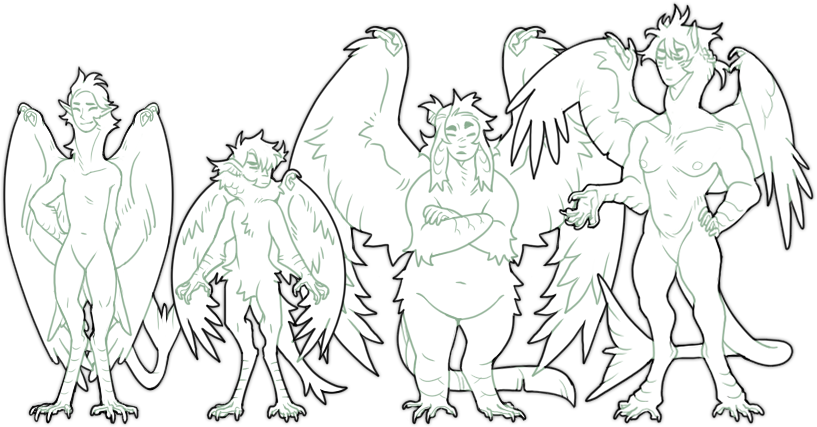 Leyr builds vary about as much as humans do, even if their traits are a little more restricted.

Fur can cover a portion of the head, but never the face.

Sometimes, the face has light scaling or feathering.

Some leyr have natural colored markings on their face. 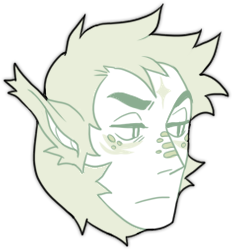 Neck lengths vary, and can be bare, scaled, fluffy, etc! Long necks can stretch and contract. All necks are very articulate-- even short necks can turn the head almost 180 degrees. Short necks can also be fluffy, scaled, etc.

These are the most common leyr ears. All ear types can be either bare or fluffy. 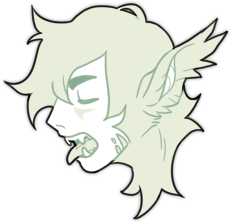 Canines are longer and sharper than a human's would be.

A leyr tongue is longer than an average human's as well. Tongues are not naturally forked, but it's not uncommon to see it as a body modification or random mutation.

Mucus membranes can be any color, but natural colors (pinkish) are most common.

Here are some variations on eye shapes and patterns, but you're not limited to these (do whatever you want!).

Eyes have been known to change color when a leyr shifts into corvileyr (beast) form.

Wings vary in size, however leyr with smaller wings may lack the ability to fly. This sometimes happens if a leyr has a human parent.

These leyr also tend to have calloused feet from walking.

Leyr wings are notable for the finger-like digits.

Those with both a thumb and forefinger are able to grasp things with these fingers. Sole thumb claws are less articulate.

When fingers are present, a palm pad is normally present.

Lacking any fingers at all is rarer, but it happens, especially when a leyr has a human parent. 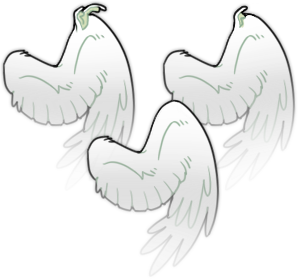 Leyr can have up to THREE pairs of wings anywhere on their body. This includes headwings, armwings (harpy style), ankle wings, butt wings, or simply 3 wings on their back like a seraph. Sometimes extra wings are detrimental to flight however if they are overly cumbersome.

Additional wings may or may not have wing claws/fingers.

Fur can be any color, including reflective, but skin tones tend to be natural, tinted, or ashy colors.

Scaley skin or banded plates can occur on the legs, chest, back, tail, forearms, and any other fur-less feature. This is common.

Feathers can be feathers, proto-feathers, or even scale-like feathers.

Hands can vary between 4-5 digits. If a leyr has arm wings, the chances of them only having 3 fingers and a thumb is high as the pinky becomes the extension of the arm wing.

Hands have palm pads. These pads can be any color. The hands/arms themselves can also vary in color from skin tone due to scaling.

The big toe, like the thumb, is opposable. Leyr who walk more than fly develop supporting muscles and cushioning around their feet (right).

Leyr feet have palm pads, which can be any color. The legs can also vary in color from skin tone due to scaling.

Tail length varies. The average tail is the same length as the body, or shorter.

Leyr tails have feathering (or fur) at both the base of their tail and the tip of their tail, which often creates distinctive shapes. It's not required, just the most common for flight.

Corvileyr have both a beak and canines. 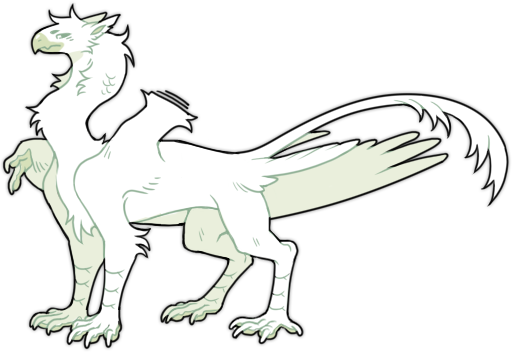 Many leyr's beast forms also deviate from the traditional look due to outside influences and personal preferences of shape. This can change head shape, body length, beaks, and other factors, even introducing new types of anatomy based on other fauna. 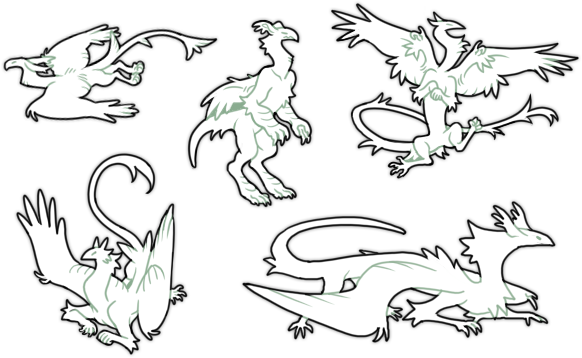 Some corvileyr variations. Some can be longer, bigger, smaller, buffer, upright, etc. The form depends on the leyr's personality.

Corvigere with wings that are too small to fly often have more bipedal anatomy and use their wings to buffet enemies. They also display thick calloused feet.

the element of marrow

Marrow represents change of one's entire self. Marrow users are often shapeshifters, between either set or various forms and they shift with emotion. Leyr can also shift if exposed to high amounts of fysa.

All leyr, regardless of blood purity, have access to a beastial form. Transformation is partially physical but mostly magical, allowing for rapid changes in muscle mass and other things. Sometimes, leyr who live alongside other non-corvigere creatures begin to take on aspects of those beasts in their own beast form (ex: thickness and strength of a rrex tail, size and shape of a ptheran's wings, etc).

It is also theorized that a leyr who comes across a large boost in magic (or is buffed by murk magic) can gain temporary access to even stronger monster forms remniscent of ancient creatures long past.